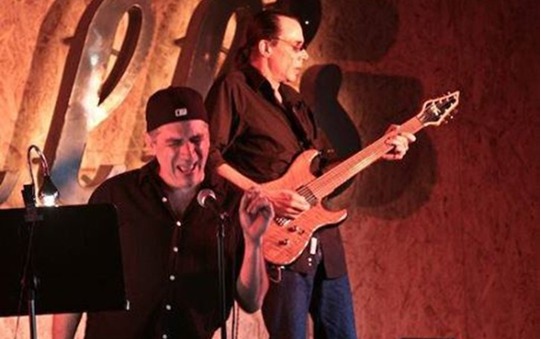 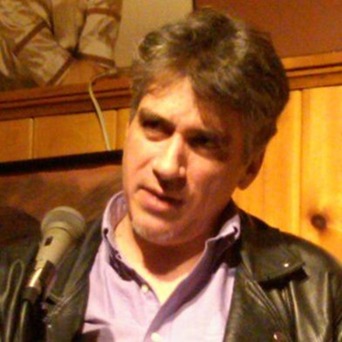 In September 2022, the National Beat Poetry Foundation conferred on John the title of U.S. National Beat Poet Laureate. He previously served as Beat Poet Laureate (2019-2021) for the State of Ohio. In 2019, Venetian Spider Press published Rattle and Numb: Selected and New Poems, 1992-2019⁠, John's biggest book yet.  Until the recent pandemic struck, John curated the Poetry+ reading series at Art on Madison in Lakewood, Ohio.

John Burroughs is a northeast Ohio poet and publisher who co-founded the monthly Lix and Kix Poetry Extravaganza and almost annual Snoetry: A Winter Wordfest. He is the author of many chapbooks including Dogging Catastrophe [2022], You Can't Trust It to Remain [2022] Loss and Foundering [2018], Beat Attitude [2015], It Takes More Than Chance to Make Change [2013],  The Eater of the Absurd [2012], Barry Merry Baloney [2012], Water Works [2012, 2017], Electric Company [2011], and several collaborative volumes including Identity Crises (with Bree and Douglas Manson) [2009] and Oct Tongue -1 (with Mary Weems, John Swain, Steven Smith, Lady, Shelley Chernin and Steve Brightman) [2014].  Around the turn of the millennium, John served as a full-time playwright and occasional music director in residence for the Ministry of Theatre at Marion Correctional Institution, composing operas including King of All Kings. In 2007, his blog was ranked number 1 in several categories on MySpace when he decided to redirect his efforts toward his own new website. John got involved in Cleveland's vibrant live poetry scene in 2008, won the first poetry slam he ever competed in, formed PoetryElyria and Poets of Lorain County, served as webmaster for the Ohio Poetry Association, has contributed irregularly to the O.P.A. and Cleveland Poetics blogs, and has served since 2008 as the founding editor of Crisis Chronicles Press.